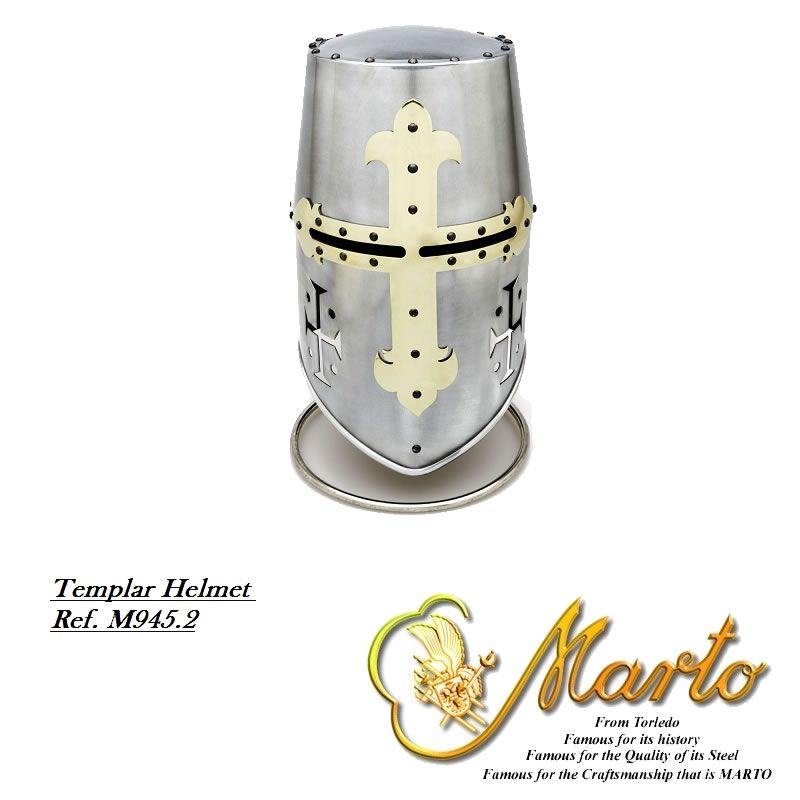 Ideal for collector's, this is an excellent piece of armour which would be a fantastic addition to any collection, can also be adapted for theatrical and TV use.

The Templar Knight Great Helm by Marto is a replica reproduction of style of helmet that was typically used by the crusaders, and the Knights Templar, during the Middle Ages. They were commonly used in the late twelfth century and remained in use until the fourteenth century being the helmet of choice for knights and infantry during battles for the whole duration of the Crusades.

Also called a pot helm, given the resemblance to a pot, and had only very small openings for the eyes and mouth. This helm was designed to offer the maximum protection possible to the head. However, because the helmet limits vision, this helmet also found use among cavalry, especially during jousting tournaments, where all a knight needed to look was forward.

This helm is made from steel and is enriched by a brass cross, which denotes a knight in service to a religious order. Also included on the helm are a series of cross traceries, which improve air-flow inside the helm.

Comes with Certificate of Quality and Origin.

Made in Toledo, Spain