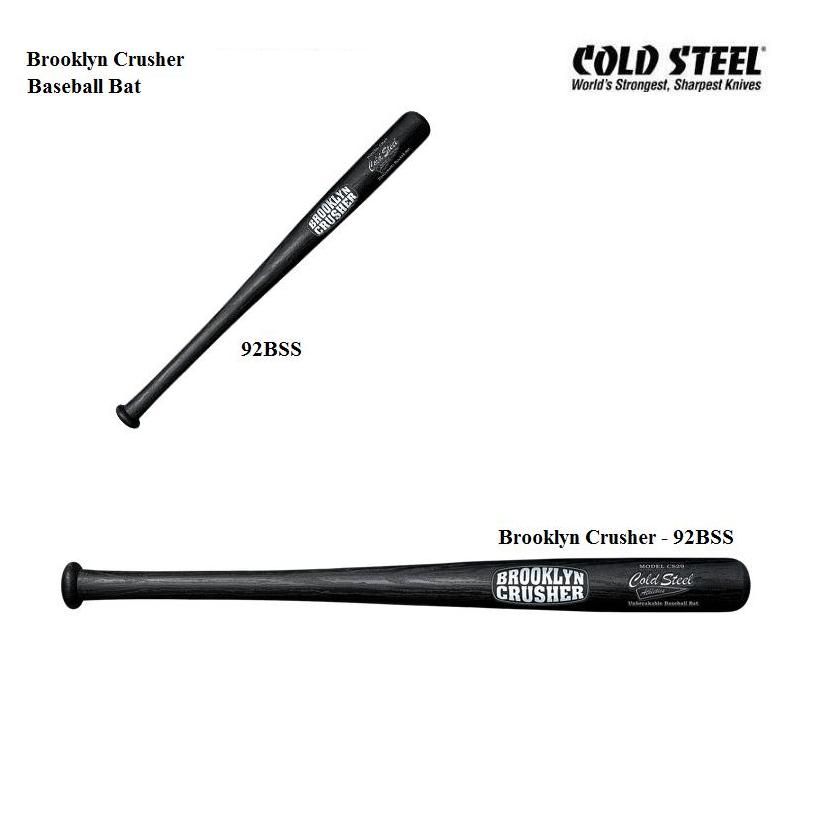 Be the first to review this product
£42.00
Availability: Item currently out of stock, but can be back-ordered for our next delivery.
Brand: Cold Steel
SKU
92BSSZ
Add to Wish List
Email
Details

It's unbelievable. We're seeing eight to 10 bats break every game. Guys are coming back saying they hit the ball on the sweet spot and it still broke.” This quote caught Cold Steel's President, Lynn C. Thompson's attention. It's from an article in the Los Angeles Times describing how frequently baseball bats break and nearly injure the players in major league games. The article chronicled the debate currently raging among players over which bat is better, those made of ash, which is lighter and slightly flexible, or those made of maple which is heavier and stiffer. As he read, Lynn began to suspect there might be a market for a baseball bat that just couldn't be broken. What kid, let alone an adult, wouldn't want an unbreakable bat? Now Cold Steel is proud to offer you our first forays into the manufacturing of athletic equipment, the Brooklyn Smasher and the Brooklyn Crusher.

Because they're precision injection moulded out of heavy-grade polypropylene, these bats just can't be broken. There's no need to worry about shards of wood flying in your face. No matter how hard you swing them, they just won't break. And they're durable too, they won't rot, crack, splinter, or even fade. You needn't worry about dirt or the weather affecting them either since they're impervious to the elements and clean up with soap and water. Try that with a wood bat and you might damage it.

They're versatile too. They can be used as game bats, practise bats, warm-up bats, loaner bats, inclement weather bats, school or league bats or kid's bats. They can also serve as a cross over trainers to develop strength, agility and eye hand coordination for those studying Western Sabre Fencing, Kendo, Kenjitsu, Filipino Stick and Sword Fighting and Chinese martial arts.

Best of all, they make good economic sense. They're comparable in price to good wooden bats, and since they're unbreakable they will last far longer than any wooden bat on the market.

We Also Have The Smaller Brooklyn Smasher Available - 92BS

Reviews 3
Write Your Own Review