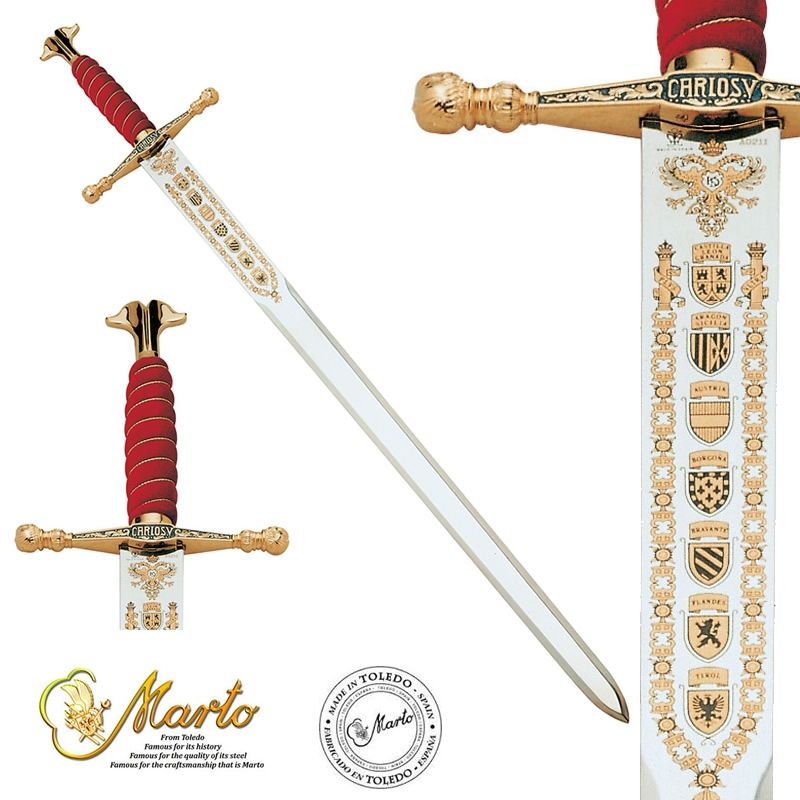 Charles V (1500–1558), also known as Charles I of Spain (Spanish: Carlos I), was a Duke of Burgundy and Holy Roman Emperor. He was ruler of both the Spanish Empire from 1516 and Holy Roman Empire from 1519, as well as of the Netherlands from 1506, until he voluntarily stepped down from these and other positions by a series of abdications between 1554 and 1556. Through inheritance, he brought together under his rule extensive territories in western, central, and southern Europe, and the Spanish colonies in the Americas and Asia. As a result, his domains spanned nearly four million square kilometers, and were the first to be described as "the empire on which the sun never sets".

He has known in his time as “The Emperor”, as no other king reached to unify under his rule such an immense empire.

He inherited from his grandparents, the Catholic Kings: Spain, America, Naples and Sicily; from Maximilian of Austria: Flanders and Austria. In 1519 was crowned “Roman Emperor”, ruling the biggest empire since Charlemagne’s age.

It is one of the most spectacular swords in the history of Spain.

Exceptional replica, Deluxe Edition Claymore Carlos I of Spain and V of Germany, Emperor of the Holy Roman Empire.

Decorated with the shield of the Hapsburg Empire and Castilla-Leon-Granada, Aragon-Sicily, Austria, Burgundy, Brabant, Flanders and Tirol.

Certificate of Quality and Origin, Made in Toledo (Spain)