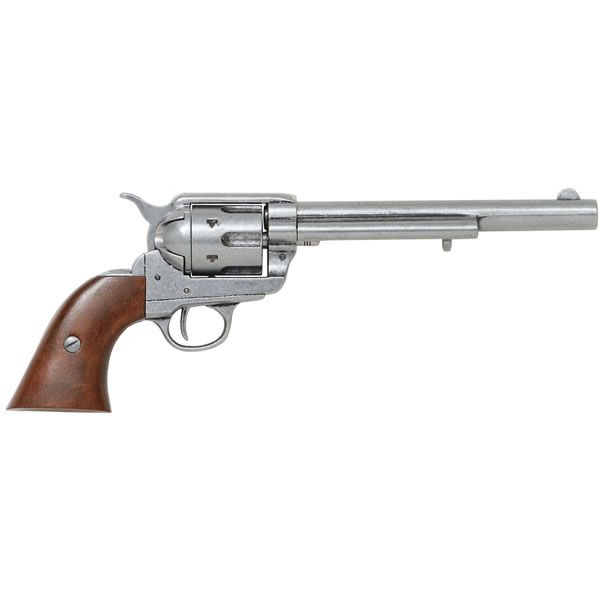 Be the first to review this product
£65.00
Brand: Denix
SKU
G1107G
Add to Wish List
Email
Details
The Single Action Army became available in standard barrel lengths of 4¾", 5½" as well as the Cavalry standard, original 7½". The shorter barrelled revolvers are sometimes called the "Civilian" or "Gunfighter" model (4¾") and the Artillery Model (5½"). There was also a variant with a sub 4" barrel, without an ejector rod unofficially referred to as the "Sheriff's Model", "Banker's Special", or "Storekeeper"
Reviews 7
Write Your Own Review