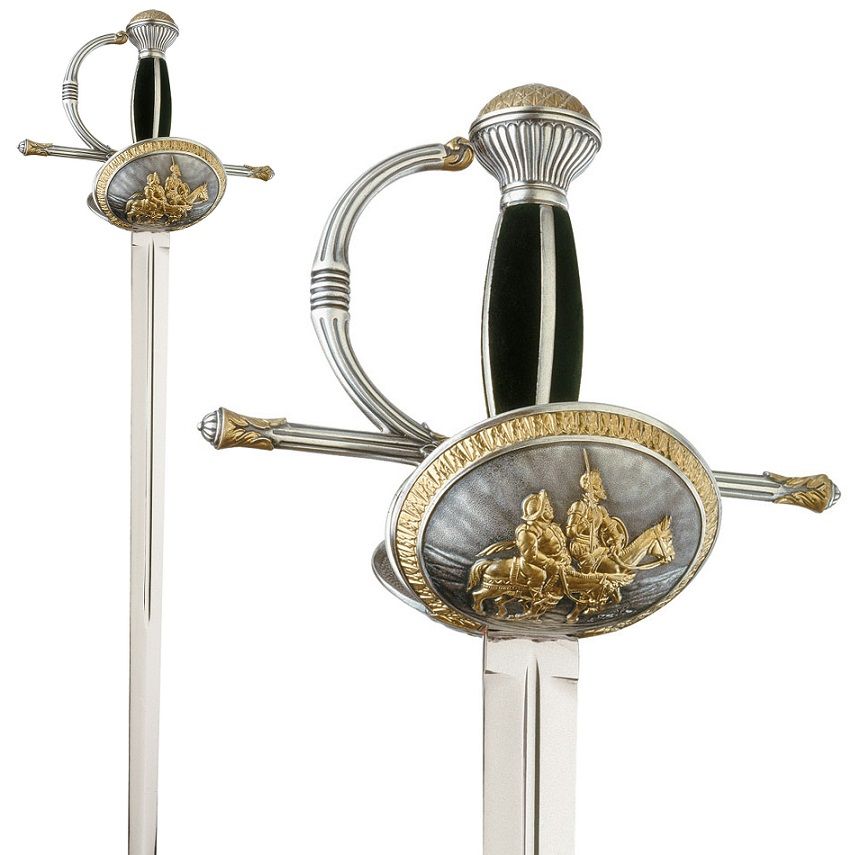 Be the first to review this product
£178.00
Availability: Item currently out of stock, but can be back-ordered for our next delivery.
Brand: Marto
SKU
M750
Add to Wish List
Email
Details

Don Quixote de la Mancha, Don Alonso Quijano, was born in the 16th century from the pen of Cervantes; knight errant, with a high sense of duty and honor that goes beyond the real limit, bordering on madness.

Don Quixote attacked windmills believing they were giants; herds of sheep taken by enemy army; skins of wine assuring that they were ghosts... As a result of these and many other adventures he received what he deserved.

So well known was the fame of Don Quixote in all of La Mancha as in the whole world; he was the hero of the most crazy adventures that he lived crazy and died sane, in the lap of his beloved Dulcinea del Toboso

The sword of Don Quixote de la Mancha is mentioned in the masterly work of Miguel de Cervantes Saavedra, in chapter III, where the graceful way Don Quixote armed himself as a knight is recounted: Oh you, whoever you are, daring knight, that you get to touch the weapons of the bravest errant who ever wore a sword,...!

A high quality sword from the exclusive Collection "Historical, Fantastic and Legend Swords" manufactured by MARTO.