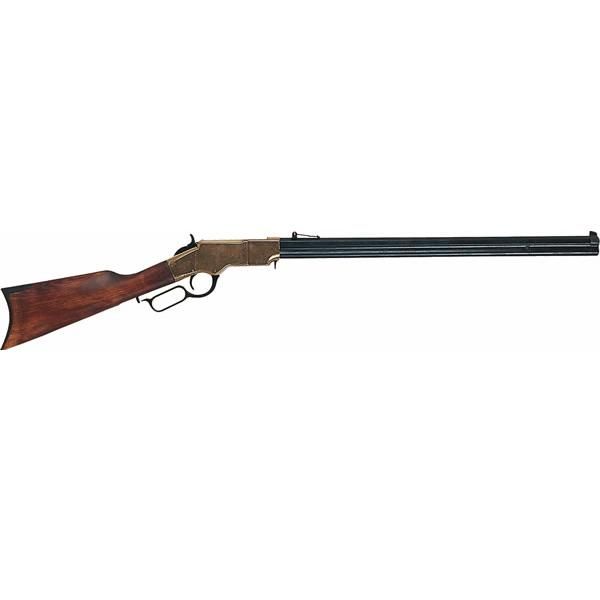 Be the first to review this product
£167.00
Brand: Denix
SKU
G1030L
Add to Wish List
Email
Details
Henry Rifle, 1860 - Brass There had been attempts to produce repeater rifles and muskets as early as the 16th century. Notwithstanding the success enjoyed by the cap-and-ball revolvers of Colt and others, it took the unitary cartridge containing priming, charge and projectile to make the repeater rifle a reality.
When Oliver Winchester set up the New Haven Arms Co., he brought Tyler Henry in to run it. Henry's first act was to design a repeating rifle worked by an under-lever that ejected the spent round, chambered a fresh one and then cocked the rifle. This non-firing version clearly demonstrates the workings of the lever-action loading system.