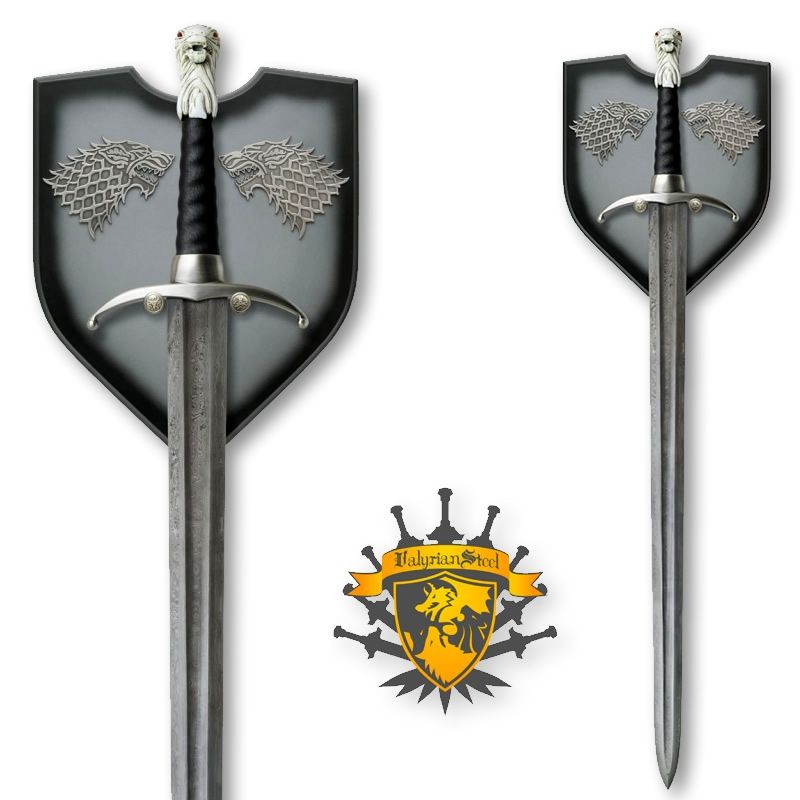 Son of Lyanna Stark and Rhaegar Targaryen, Jon was raised by Lyanna’s brother Ned as his bastard son and is unaware of his true parentage. Jon joined the Night’s Watch where he served as steward to Lord Commander Mormont and was given Longclaw after saving his commander’s life. Later, after Mormont’s death, Jon was elected Lord Commander of the Watch, and made the unpopular decision to ally with the wildlings and save them from the White Walkers. For that, he was murdered at Castle Black by his own men, but to the awe of everyone, Jon was brought back to life by the Red Priestess Melisandre.

Restored as Lord Commander, Jon executed his murderers before abdicating his command and passing it on to Edd Tollett. He swore off all fighting, until a reunion with his long-lost sister Sansa persuaded him to retake Winterfell. With a rag-tag army of Northern allies and the crucial last-minute support of the Vale, Jon led the Starks to victory in the Battle of the Bastards and reclaimed their childhood home. Impressed with his leadership, the Northern houses proclaimed him King of the North.

This adult collectible is officially licensed from HBO®'s hit series Game of Thrones®. It is a made of damascus steel, is a limited edition of 1500 pieces and includes a certificate of authenticity and a display plaque.

The Game of Thrones® Collection is a series of collectible weapons and armor painstakingly recreated from the actual props used on HBO®’s hit fantasy epic Game of Thrones®. The officially licensed collectibles are made from the highest quality materials and have been crafted with special attention to reproduce the authentic details found on the props.

This item is not a toy, please keep out of the reach of children. This replica sword is intended solely for display purposes as a collector's item. Official HBO Licensed Product © 2018 Home Box Office, Inc. All Rights Reserved. Game of Thrones is a trademark of Home Box Office, Inc. Produced under License by Jalic Inc.