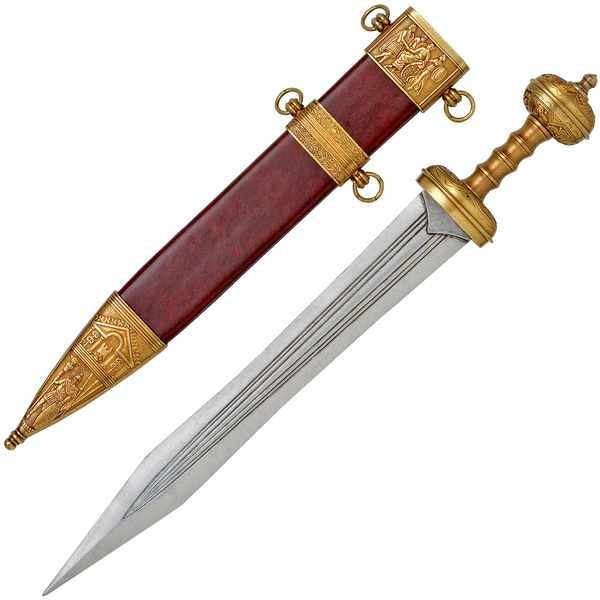 Be the first to review this product
£108.00
Brand: Denix
SKU
G4116L
Add to Wish List
Email
Details
The Roman Sword, or Gladius evolved from weapons captured during the Romans campaign in the Iberian peninsula. By the first century A.D., it had been refined to the form shown in this replica by Denix. The short stabbing blade, slightly waisted and abruptly pointed had shown its worth in many campaigns, and officers models were showing surprising levels of artistry in their decoration. The blades of Denix daggers and swords are cast from a metal alloy and cannot be sharpened, making them safe for display in family environments.