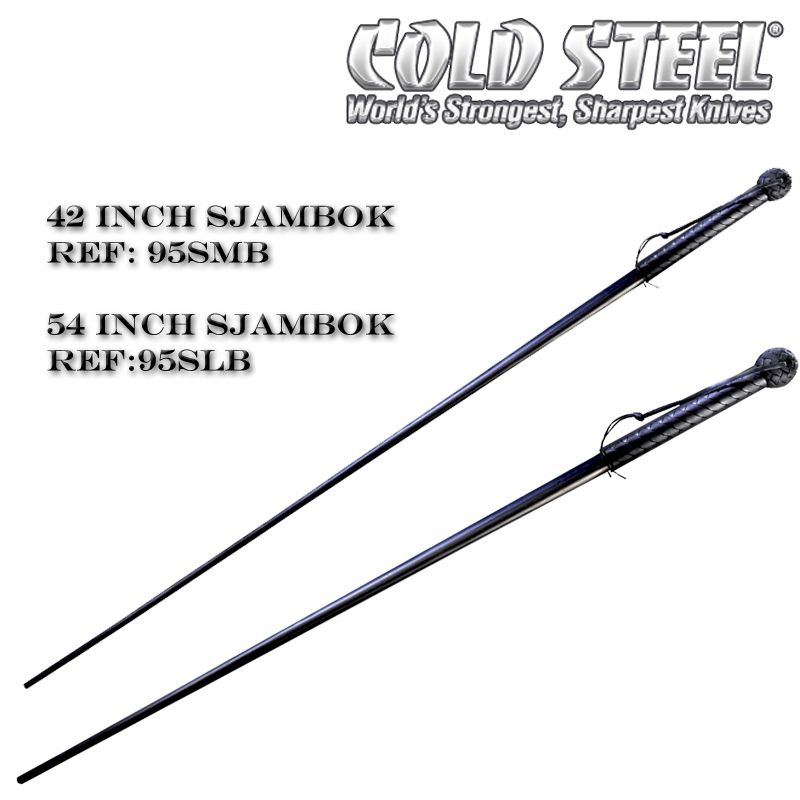 In Africa, the Sjambok (Sham-Bawk) is a cattle prod, a whip and a riding crop. Unlike most western style whips, the Sjambok is not plaited from thin leather thongs. Instead, it is carved whole out of very thick Hippopotamus hide. It has considerable reach, lightning speed and is often used as a sure defence against deadly snakes. Since the Sjambok is swung like a rod or stick and not cracked like a conventional western style whip, the weight, speed and flexibility of the Sjambok's lash does all the work and little skill is required to wield it effectively.

Today Hippo hide is pretty scarce and not commercially viable, so Cold Steel has decided to make a synthetic version of the classic Sjambok. Featuring a thick, beefy lash, injection moulded from polypropylene and equipped with a soft comfortable Kraton handle designed to resemble braided leather, our synthetic Sjambok rivals the look and performance of even the most expensive originals. What's more since it's made entirely from super tough plastic it's impervious to the elements and will never break, crack, shrink or mildew like leather is prone to do.

Reviews 7
Write Your Own Review