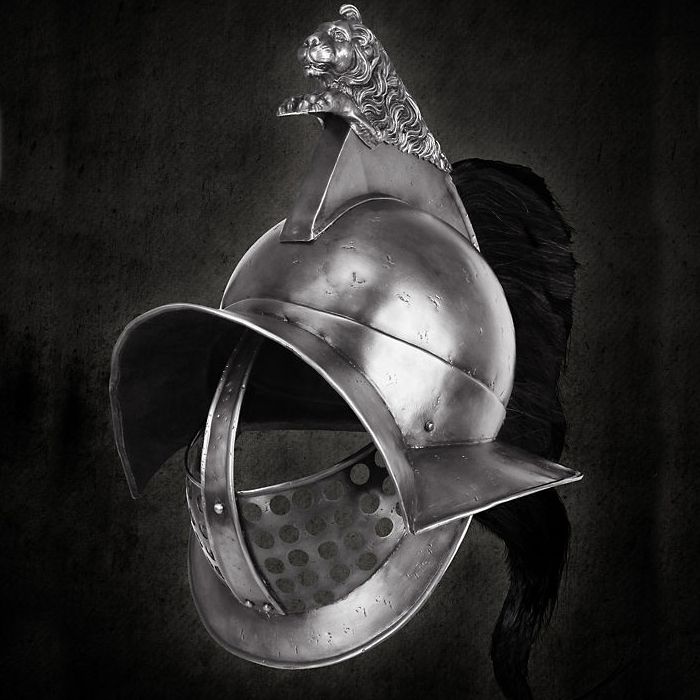 Be the first to review this product
£244.66
Availability: Item currently out of stock, but can be back-ordered for our next delivery.
Brand: Windlass Steelcrafts
SKU
121793
Add to Wish List
Email
Details
Those who are about to die salute you! In the gladiator fights in the Roman arena it wasn't only clear by the death-bound's greeting that these "games" would be carried out until their bloody end. Man-on-man combat was the highlight of the fights, in which the favorite among the gladiators attempted to defend his leading role by killing his opponent. In the TV series, "Spartacus: Blood and Sand," Crixus, a Gaul, was one of the best fighters in the gladiator school and strove to defend his position against Spartacus before they ultimately join forces, becoming allies in the fight against Roman tyranny.

The Spartacus Crixus helmet is an impressively crafted, detailed replica of the helmet Crixus wears in the series. Made of steel, the helmet features both a crest and tail of horsehair. The latter falls to the middle of the upper back. This gladiator helmet achieves its authentic look with its antiqued surface and the scuffs and indentations that give the effect of having been through battle. An artful lion head sits atop the crest, underlining the glory and pride this Spartacus Crixus helmet exudes. The helmet visor and lining can be adjusted for an individual fit. The Spartacus Crixus helmet comes with a helmet stand and certificate of authenticity.