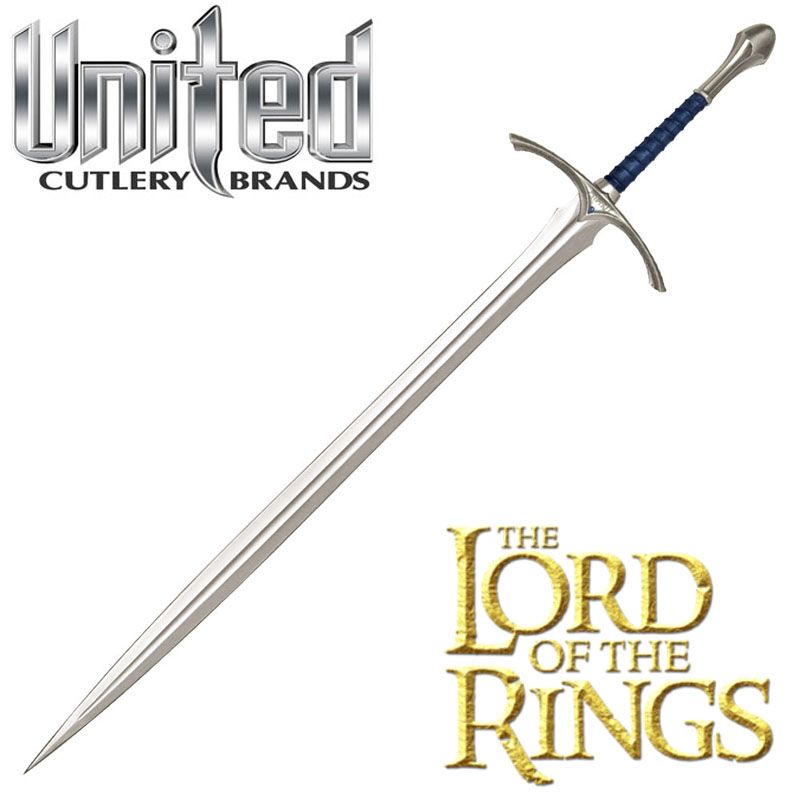 Lord Of The Ring Official Glamdring

Be the first to review this product
£265.00
Brand: United Cutlery
SKU
UC1265
Add to Wish List
Email
Details
With over 100 million copies sold in over 40 languages, millions have grown up with The Lord of the Rings, the classic epic tale considered by millions to be the greatest fantasy-adventure story ever told. J.R.R. Tolkiens phenomenal epic trilogy chronicles the struggle between good and evil for possession of a magical ring. The book trilogy, named the most popular book of the 20th Century, has been presented in a series of feature films from New Line Cinema. Solid metal guard and pommel, antique metal finish. Genuine leather-wrapped grip. 420 stainless steel blade, false-edged. Wood display plaque. Certificate of authenticity.