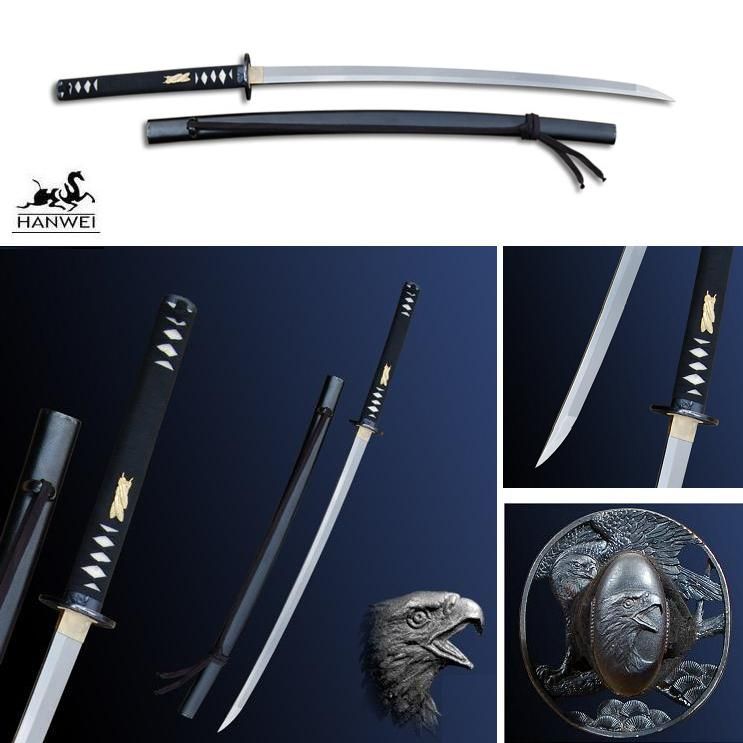 Designed under the auspices of cutting master James Williams the Raptor series, has been created for the cutting practitioner who does not necessarily have access to mats but who wishes to practise and perfect his cutting technique. The blades are forged in 5160 high-carbon steel and specially heat treated to produce very high resilience and greater tolerance of misdirected cuts than a conventional differentially tempered blade. This steel structure also avoids the need for excessive thickness, allowing the blades to replicate the weight and handling characteristics of Japanese originals. The edge geometry is configured to facilitate the cutting of both soft and semi-hard materials without chipping, allowing the cutter a wide choice of targets. Each katana in the series features a unique blade style, each with its origins in Japanese sword making history, providing the cutting practitioner with choices in both aesthetics and handling characteristics.

The Nanbochuko period in Japanese history (the later part of the 14th. century) encompassed sixty years of internal conflict in Japan, which spawned a demand for more and bigger sword blades than ever produced previously. Blades became longer and wider, sometimes to extremes (the Odachi had its genesis in this period). Named for this period, the Nanbokucho Katana is impressively sized. With a blade length of 30", a long kissaki and a weight of just under 3 lbs. it is designed for heavy targets. It is, however, surprisingly agile and nimble enough to master double cuts