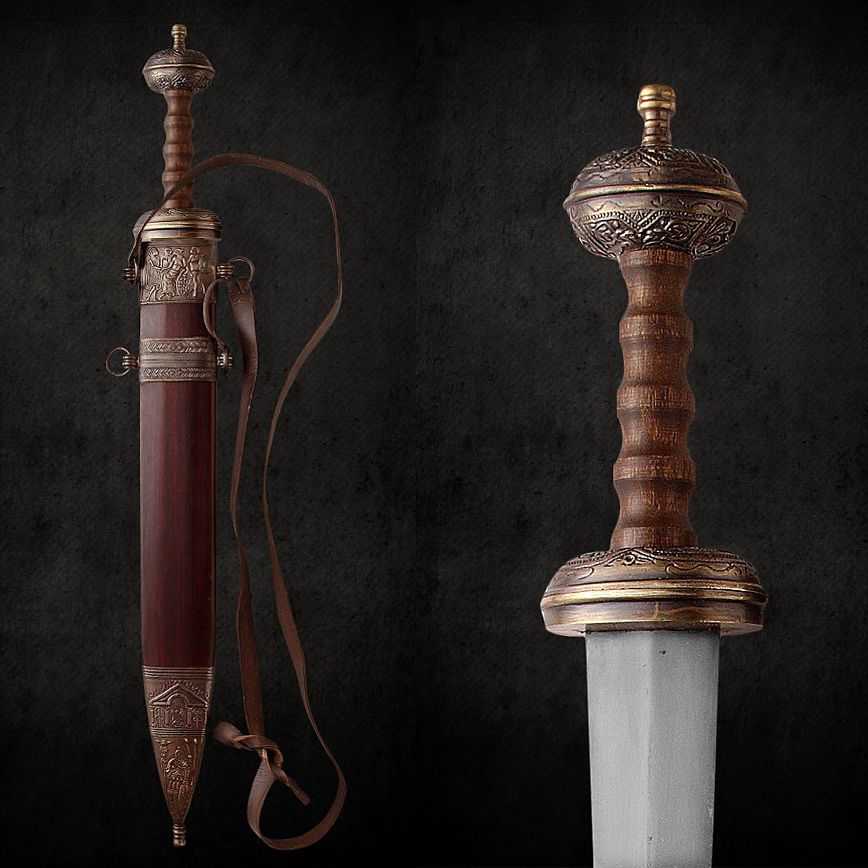 In the movie, "The Eagle," (2011) Roman officer, Marcus Aquila, together with his slave, Esca, find themselves in the harsh wilderness of Britain. On the search for the lost eagle standard of the ninth legion they venture deep into the Caledionian tribal regions north of Hadrian's Wall.

This official gladius is a detail-rich replica of the sword Marcus Aquila wields in the movie. Of tempered carbon steel, the blade tapers from the cross guard into a kind of waistline, widening again before the point. This style of blade was named after Mainz, Germany, its place of discovery, and is the highest quality variant of the Roman gladius. The leaf-shaped Mainz blade was sturdier, heaver and better balanced than the Pompeii and Hispanicum styles. Aquila included, officers in particular were equipped with this kind of gladius.

You can tell from the elaborate decoration of Aquila's gladius that this isn't a mere legionary sword. The heavy, ellipsoid pommel as well as the cross guard feature a fine, floral pattern and eagle motifs. Exquisitely grained wood has been lathe-turned for an ergonomic grip. Covered with dark leather, the wooden scabbard houses richly decorated metal plates. The relief on the chape shows a ruler surrounded by soldiers, and depicted on the throat is a legionary standing in front of a Roman temple. A continuation of the floral motifs are found on a third plate attached beneath the chape. A leather shoulder strap is attached with metal rings to the scabbard.