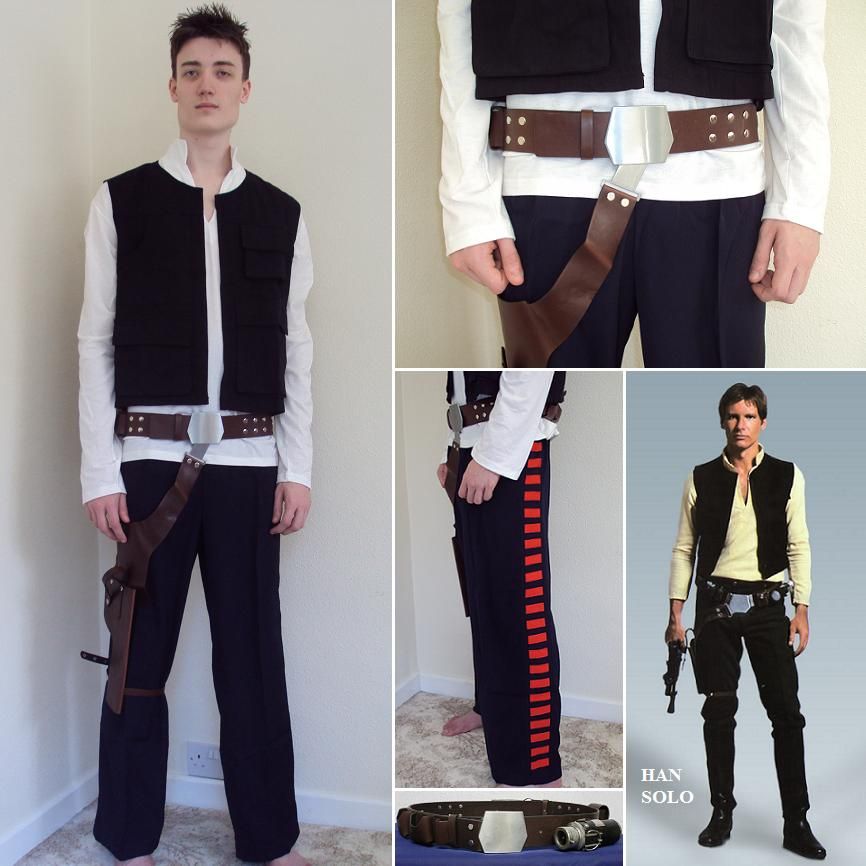 Star Wars. Han Solos Classic Outfit set - (A New Hope)
Han Solo was a Human from Corellia who achieved galactic fame as a member of the Rebel Alliance and later the New Republic. Born on Corellia, he was orphaned at an early age and taken by the pirate Garris Shrike to serve on his crew. He was treated cruelly, and served Shrike for many years before escaping while in his teens. Solo became a smuggler, and fell in love with Bria Tharen, though she left him due to her duties to the Rebel Alliance. Solo then entered the Imperial Academy at Carida, serving with distinction. He was kicked out, however, when he stopped an Imperial officer from beating a Wookiee named Chewbacca with a neuronic whip. In gratitude, the Wookiee swore a life debt to Solo. He became a smuggler once again, with Chewbacca at his side. Piloting the Millennium Falcon, which he won in a game of Sabacc against Lando Calrissian, he became known as one of the best smugglers in the galaxy.