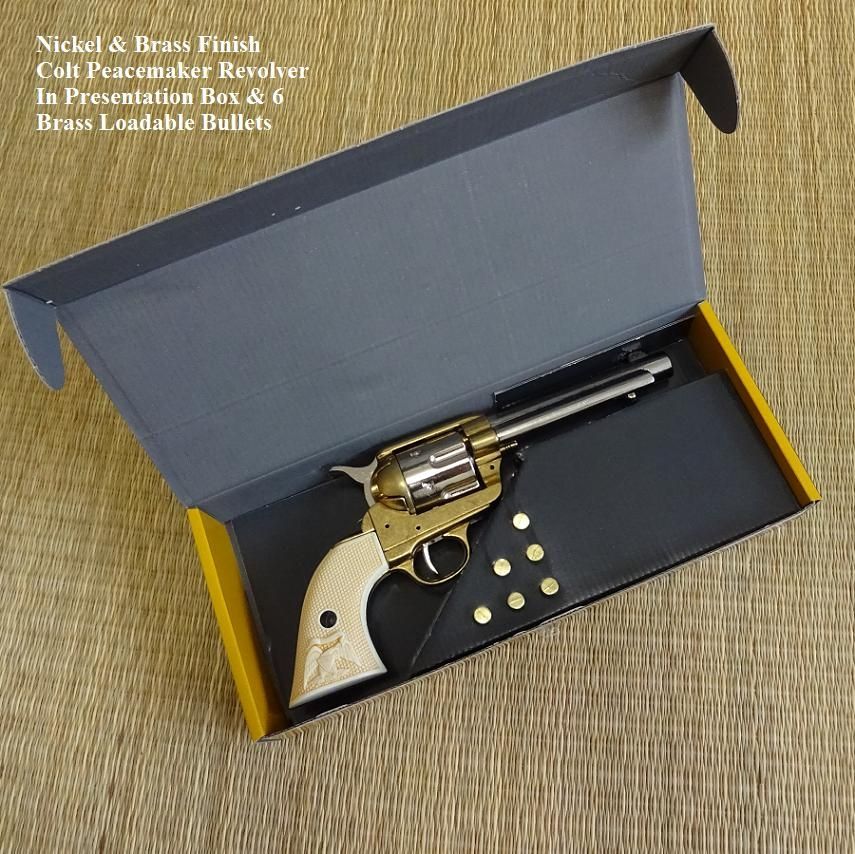 Be the first to review this product
£69.99
Availability: Item currently out of stock, but can be back-ordered for our next delivery.
Brand: Denix
SKU
G1-1108L
Add to Wish List
Email
Details

The Peacemaker revolver, also known as Single Action Army (SAA), was designed by Samuel Colt and it was manufactured with different lengths of cannon: the short, 4.75-inch version, the longer versions 5.5- and 7.5-inch, or The imposing 12-inch "BuntlineSpecial".

This weapon was initially used by the US Army. However, within a few years, most of the American citizens got one of these revolvers. The fact that it used ammunition of the same calibre as the Winchester M1873 rifle helped its popularisation as a short weapon in the old North American West in the late nineteenth century.

Curiously, this revolver has received numerous nicknames. Apart of the mentioned Peacemaker, also it was known as Frontier or Widowmaker, in reference to the facility of this revolver to left widows among the wives of the time.

The film industry mythified the "Peacemaker" in the westerns of the 40s and 50s, and it was associated with big screen stars like John Wayne or Gary Cooper. Also Roosevelt had one with his initials engraved and George S. Patton used two.