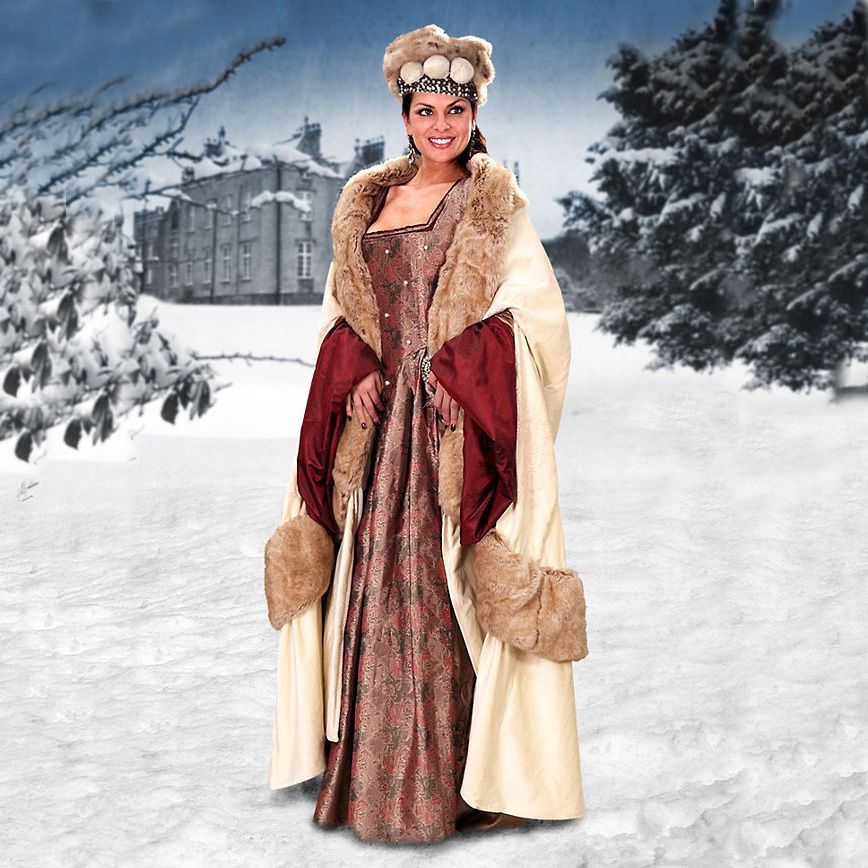 Be the first to review this product
£158.26
Brand: Windlass Steelcrafts
SKU
106054
Add to Wish List
Email
Details
This splendid gown from the award-winning series "The Tudors" (including two Emmy awards for Outstanding Costumes) was designed for the Anne Boleyn character. In the second season, she wore it as part of a winter outfit. Anne Boleyn was the second and most famous wife of King Henry VIII. She finally made it to the throne in 1533, only to end up on the executioner's block three years later, after she had been found guilty of high treason and adultery.

A gown is an open outer robe, usually lined or trimmed with fur. The merchant class was allowed to wear knee-length gowns, but the upper classes could wear them down to their ankles. Because it was designed for the winter, our Anne Boleyn gown is made of heavyweight cotton and richly adorned with fake fur. The warm, cream color of the gown supports the cuddly feeling and instead of sleeves, gowns had openings at elbow height to put your arms through.
Reviews
Write Your Own Review