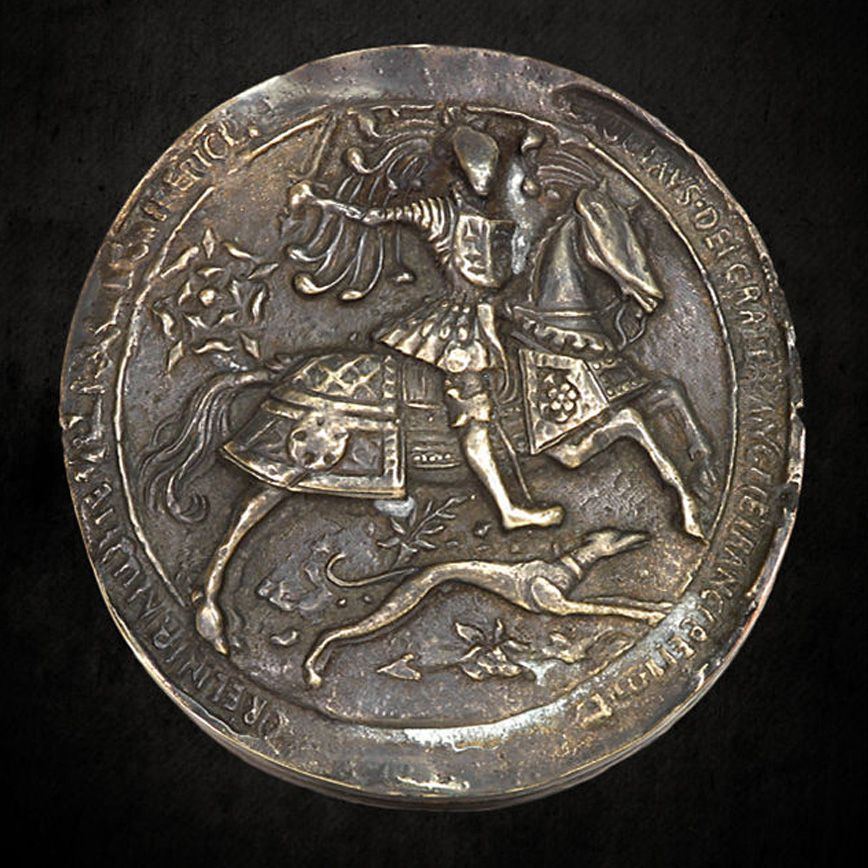 Be the first to review this product
£35.70
Brand: Windlass Steelcrafts
SKU
121603
Add to Wish List
Email
Details
The hit American TV series, "The Tudors," portrays King Henry VII's reign in all of its glorious, juicy, at times grim details. In the 16th century people schemed, conspired and carried out their affairs by letter. This detail-rich Tudors royal paperweight skilfully captures this at times highly dangerous court tradition. Made of solid, 560 gram metal, it has been embellished with a shimmering coat of bronze. Light marks and scratches lend the royal desktop utensil an authentically antiqued look. Visually, the paperweight is based on the wax seals from the TV series. On the front there is a hunting scene with an armored rider on a horse (Pope Paul III's seal), while a king on his throne (King Henry's seal) embellishes the back. Imperfections and unevenness have been worked into the seal to reinforce its authenticity. The royal paperweight comes delivered to your doorstep in a shimmering blue velvet bag.
Reviews
Write Your Own Review