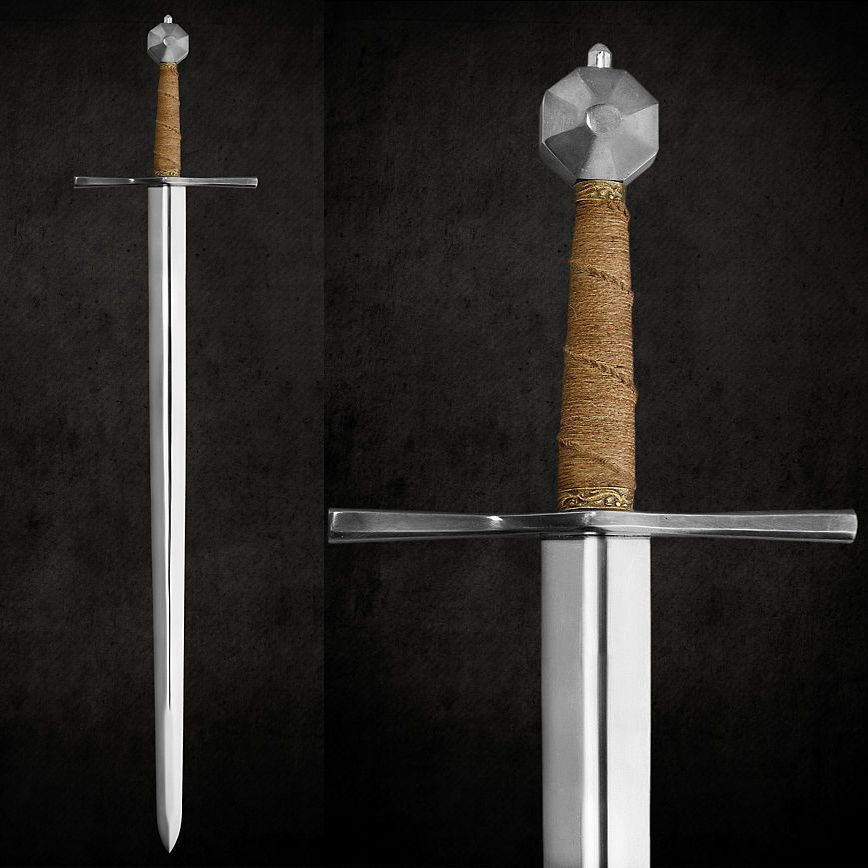 Be the first to review this product
£191.00
Availability: Item currently out of stock, but can be back-ordered for our next delivery.
Brand: Windlass Steelcrafts
SKU
500810
Add to Wish List
Email
Details

Raymond III of Tripoli was Duke of Tripoli beginning in 1152 and differed from many Christians on his attitude toward Muslims. In contrast to the Knights of St. John and the Knights Templar his style of ruling was moderate. Through his marriage to Eschiva von Bures he procured large parts of the north of the Kingdom of Jersulam as well as the fortress in Tiberias. Thus it's no coincidence that in "Kingdom of Heaven" a certain Tiberias exhibited obvious resemblance with Raymond III.

Our Raymond III sword fits perfectly in the exciting epoch between the second and third crusades. This gorgeous weapon combines elements of Oakeshott types XIIa, XIII and XIIIa. which were much more popular in the middle of the 13th century – between 1100 and 1200 types XIII and XIIIa were in use.

With a relatively long, evenly tapered blade and a fuller that extends along almost its entire length, this is a handsome, well-built bastard sword. Thickening toward the outside, the straight cross-guard is a first-class example of simple elegance. Characteristic of bastard swords, it can be wielded with one or two hands – not to mention its elegant weight distribution makes its manageability fantastic. Wrapped in hemp and decorative brass wire, the wooden grip does its part, too. The octagonal pommel is bolted on, and its elegant, simple form impresses.

Embellished with a heraldic crest of the Kingdom of Jerusalem, a decorative wall mount of wood is included in the delivery.