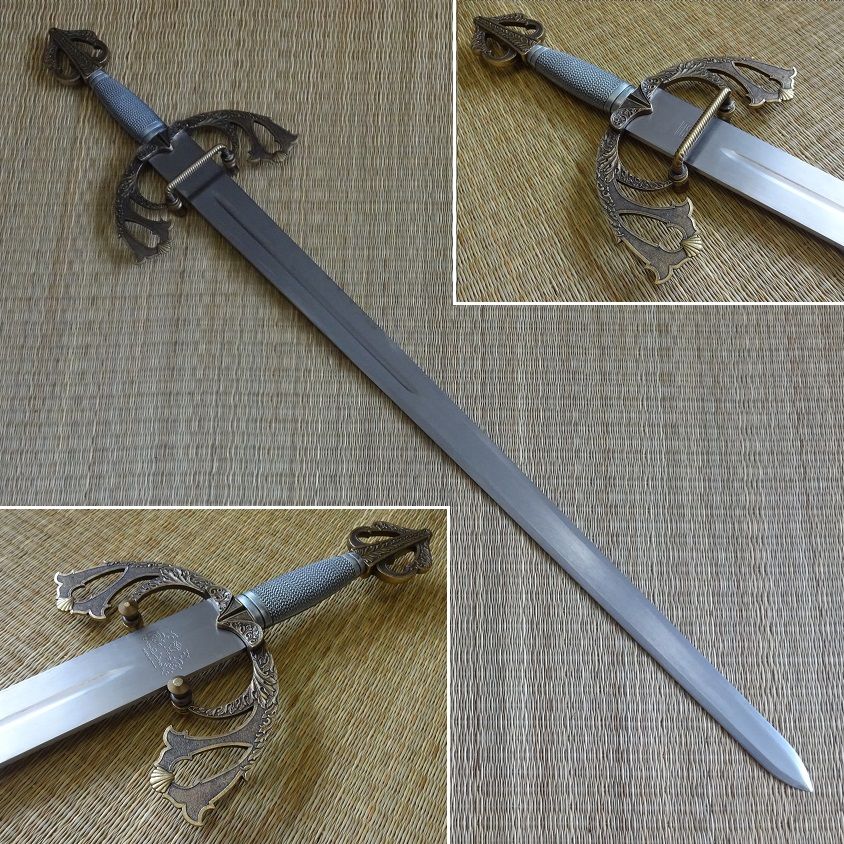 Be the first to review this product
£44.00
Brand: Marto
SKU
M311
Add to Wish List
Email
Details
Tizona is the name of the sword carried by Rodrigo Díaz de Vivar, El Cid, which was used to fight the Moors in Spain according to the Cantar de Mio Cid. The name Tizón translates to burning stick, firebrand.

A sword identified with Tizona is on display at the Museo de Burgos, in Burgos.

The Tizona, or Tizón, is one of the swords (together with La Colada) attributed to El Cid in Spanish literature. According to the Cantar de Mio Cid, El Cid won the sword from its previous owner, King Yucef in Valencia. Afterward, it was gifted by El Cid to his sons-in-law, the Infantes de Carrión but eventually returned into the possession of El Cid.

Similar to the other sword attributed to El Cid, La Colada, there exists little historical evidence verifying the existence of a sword named Tizona belonging to Rodrigo Díaz.

There exist various Tizonas which have been attributed to El Cid. One of these figured in the treasure stock of the regent house of Castilla that was transferred by Álvaro de Luna. This sword was ceremonial, owing to its adornment (which reflects its Castillian heraldry)

Another presumed Tizona belonged to the Marqueses de Falces, to whom the sword was given by Fernando II of Aragon. that is currently on display in the Museum of Burgos alongside other presumed relics of El Cid.

The sword at Burgos is 103 centimetres (41 in) long and weighs 1.1 kilograms (2.4 lb). Tizona was supposedly forged in Córdoba, though considerable amounts of Damascus steel can be found in its blade.