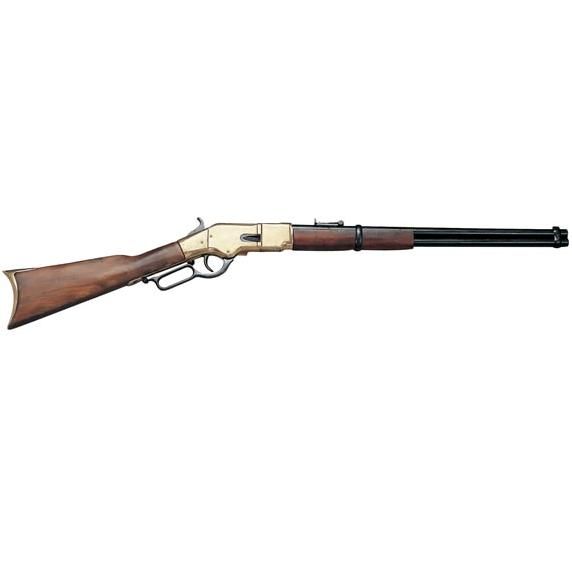 Be the first to review this product
£178.00
Brand: Denix
SKU
G1140L
Add to Wish List
Email
Details
Manufactured by Winchester, USA, 1866 -  Developed from the Henry rifle, the 1866 Winchester lever-action repeater has passed into legend as 'The Gun That Won The West'. Its distinctive brass frame gave rise to the nickname 'Yellow Boy', which was coined by Indian tribes. During its production run, from 1866 to 1898, about 170,000 pieces were made in Winchester's Connecticut factory. The gun fired a .44 calibre rimfire round from the tubular magazine located underneath the barrel. This non-firing version clearly demonstrates the workings of the lever-action loading system.